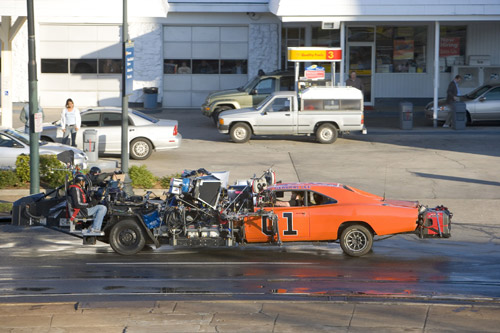 Cars are important in the modern society and it can be said that some nations are built on travel. Countries in America and Australia were founded by people who travelled from their original homeland. Cars are the continuation of the journeys of the ancestors. With cars, it is possible for people to get new opportunities, just like their ancestors did. Roads of asphalt encourage the growth of economy and cars are still an essential mode of transportation. Even in less developed countries, cars are easily accessible and many people can afford to own their own cars. It is possible for people to travel when and where they want to.  Cars ensure a sense of privacy and it is something that doesn’t have to be shared with others, unlike bus and train. Cars constitute one of our personal spaces, allowing people to travel anywhere they want in comfort and solitude. For some people, cars are not only functional tools. They also become an extension of their self expression. With cars, people are able to embrace the sense of choice and freedom. This factor extended to the filming industry.

Cars have significant presence in the film industry and it is often represents freedom and any kind of possibility. Movies and cars can integrate into creating an excellent entertainment. There are many movies where cars are enmeshed in the storyline, such as the Ford Thunderbird, Mercury coupe, Chevy Impala and Ford coupe in the popular film, American Graffiti. It shows how a group of high school students who take part in the night car cruising activity. The movie strongly depicts the element of car culture in the United States. For American youth, getting driver’s license when they reach the age of 16 can be seen as a rite of passage. They embrace the opportunity to drive the car and express their overall identity. Cars can be seen as a freedom symbol among teenagers. Grease is another movie that shows how teenagers and cars can be integrated together in a film. While some movies may not revolve around cars, we could see that cars have become an important element, such as the 1981 DeLorean in the Back to the Future series as the actual time travel machine. The Batmobile is also the iconic transportation option in the Batman series.

Many of us would remember the Steve McQueen, who acted as race driver in Le Mans (1971), with Ferrari 512S and Porsche 917 prominently shown. In Gone in 60 Seconds (1974), we can see how a car thief has a goal to steal 48 cars in just one week. The Mad Max (1979) showed us a bleak look at the post-apocalyptic future, where people fought against one another in high-performance hot rods. The first film of The Fast and The Furious (2001) showed us an undercover police officer who drives 1970 Dodge Charger R/T in his attempt to infiltrate a ring of criminals. Tom Cruise became a NASCAR racer in Days of Thunder (1990).