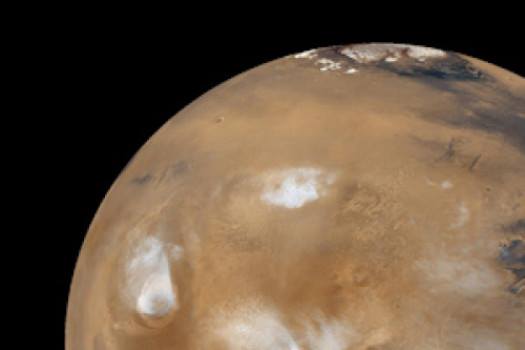 This scientific research on the red planet is running for years, but no exact evidence shows that life existed and water flowing on the mars planets. The scientist believes that a mars is the planet which survived similarly like earth, but what disaster made mars planet like hell.

Within the meteorite Scientists discovered a strange circular compound Professor Ian Lyon of the School of Earth and Atmospheric, and Environmental Sciences in Manchester, U.K. reports that this meteorite cell almost looks like it came from the earth, but undoubtedly it belongs to mars planet, The research shows that this meteorite once hold water, and they had been heated and probably it results of an asteroid impact.

The significant show in many different ways, but first of all the sign of water on Mars was already proved, but importantly, scientists believed that large sized asteroids one collided with Mars, and this resulted in extensive hydrothermal forms. But in the earlier mars has the similar atmospheric conditions compared to earth.

The meteorite study had provided more evidence of positional life existed on the red planet, according to geologic origins. Prof Ian Lyon attested that this meteorite could be, the evidence is all we need to begin for further research that life existed on Mars.

Science believes that there may be some kind of bacteria existed on the red planet, or some form of living could still exist. Mars lost its life billion years ago, but there are some setting to prove or find some cells and proved exact information what exactly lived on the planet.Scientists say that it is not easy or too hard to find samples on the mars, but they are waiting for the right time to step on Mars.And we are almost close to see the wonder within few years.

This research and particular study about the meteorite was published in Astrobiology Vol.14 No 8. This research was financed by the Science and Technology Facilities Council.