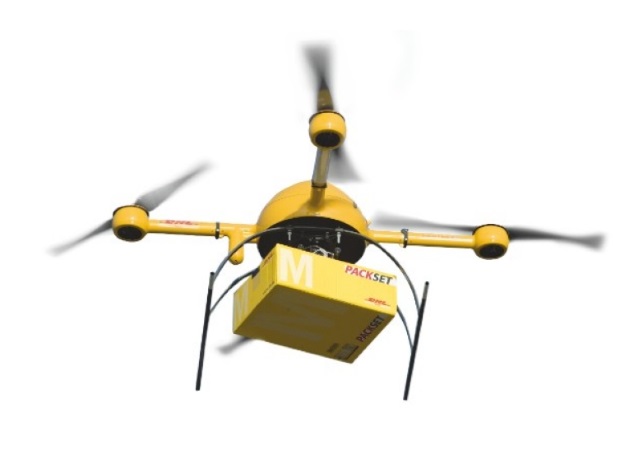 The world’s largest courier service firm, German delivery giant DHL plans to using a drone to fly parcels to the German island of Juist, sparsely populated island. This will be an important application of UAV technology in Europe. Depending on weather conditions, the UAV will fly up to 30 minutes. DHL said that this is the first time, with the assistance of authorized drone no ground personnel within Europe, the daily flight.

American technology giant is also studying the use of unmanned aerial vehicles transporting express parcel. Amazon is currently in Canada, while Google is in Australia for testing. Similarly, DHL hopes that continued a month of tests to prove that, in express parcel delivery to remote areas, UAVs can replace traditional methods.

Google and Amazon is planning to launch drone in a wider range of services, and DHL said, not the full introduction of UAV technology in the global express network. The company said the drones can be used for some special occasions, such as in remote areas. In these areas, the use of unmanned aerial vehicles lower than shipping through manpower to shipping costs.

Therefore, DHL designed northwest of Norden travel from Germany Juist Island UAV delivery route. Juist Island population of less than 2,000 people. As part of the pilot, DHL plans to weather conditions permit delivery of drugs twice a day. When the ferry or an air service outage, UAVs will assume the task of delivering.

DHL UAVs weighs less than three pounds (about 1.36 kilograms). After landing UAV, DHL courier local pick up and delivery will be in every household.

Hinder companies such as Google and Amazon, a major factor in the use of UAVs is that these companies cannot obtain regulatory approvals on UAV flight. For example, earlier this year, the Federal Aviation Administration (FAA) does not approve an application for UAVs offer courier services in Minnesota. The service plans to use unmanned aerial vehicles to transport beer from the brewery to the nearby fishermen.

To avoid similar problems, DHL said the company has partnered with the German aviation authorities and the German Ministry of Transport and digital infrastructure, delineation of the restricted flight area UAV project. From the mainland to the island seven miles (about 11.3 km) away, the height will be 100 feet from the ground UAV (about 30.5 meters), speed of 40 miles per hour.

DHL last year began testing the UAV technology, but the company has no control point is the weather. The German coastal winds may occur, which would lead to the first flight of the UAV DHL was postponed.