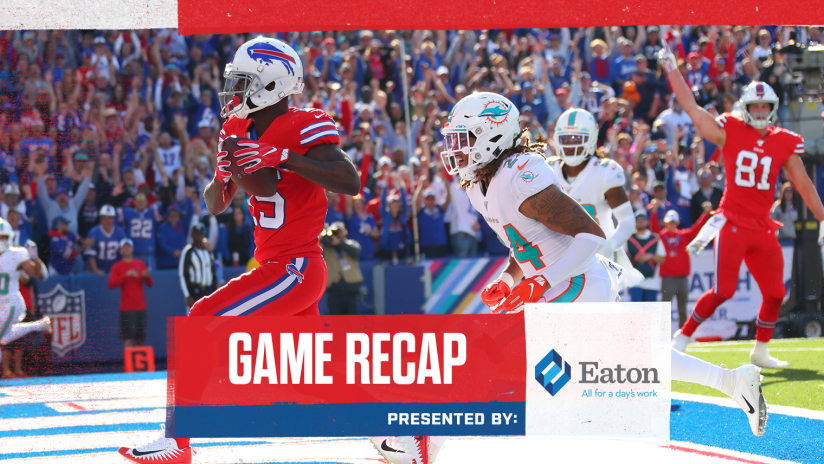 Buffalo Bills Won against the Dolphins

The Buffalo Bills came back strong from the bye week with a win. Buffalo took over in the fourth quarter defeating the Dolphins 31-21. Miami remains winless and Buffalo remains in the hunt as one of the top teams in the AFC.

Early in the game, the Bills sustained long drives but only converted three field goals to start the game.

Meanwhile the Dolphins offense found ways into the end zone. Miami scored twice during the second quarter. Kelan Ballage had a three-yard run and Ryan Fitzpatrick found Devante Parker from 12 yards out for a touchdown. The Dolphins led 14-9 at half and received the ball to start the third.

Things looked bleak for the Bills. Miami’s opening drive went for 16 plays, 71 yards and consumed 10 minutes of the clock. Miami even converted a fourth down on a fake field goal attempt. Then, Tre’Davious White became Buffalo’s savior.

White picked off Fitzpatrick at the Buffalo two-yard line, sparking a 12-play 98-yard drive by the offense for the Bills’ first offensive touchdown of the game.

Miami was within three points of the Bills with 7:57 left in the fourth. However, White forced a fumble that was scooped up by Jerry Hughes and returned to the Miami 16. Three plays later, Buffalo was back in the end zone on a three-yard completion to Cole Beasley.

Miami had a chance to get back within three with a touchdown. Fitzpatrick crossed the goal line on an 11-yard scramble and the extra point was good to make it a three point game. Miami, without any timeouts, needed an onside kick to get the ball back. On the kick, Micah Hyde jumped and returned it 45 yards for the touchdown, sealing Buffalo’s win.