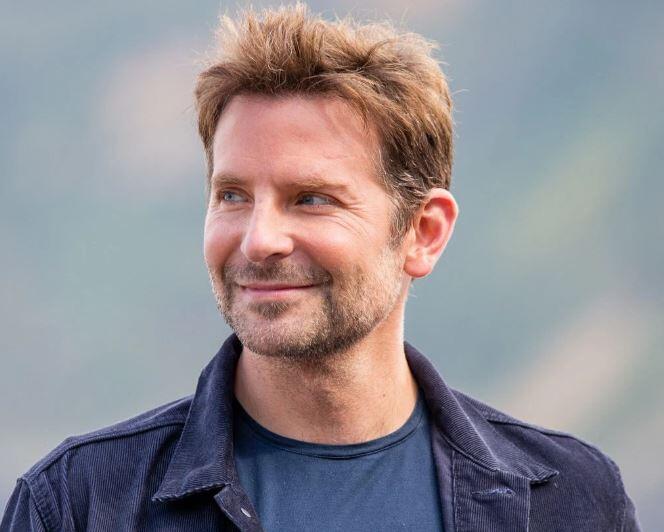 Who is Bradley Cooper?

Bradley Cooper is an American actor and producer. He is one of the highest-paid actors in the world. Bradley Cooper is an Oscar-nominated actor who first made a name for himself on the TV series ‘Alias‘ and went on to star in films including ‘Silver Linings Playbook,’ ‘American Hustle’ and ‘American Sniper.’  Bradley is best known for being an actor and starring in the three Hangover movies.

Born on January 5th, 1975 in Philadelphia, Pennsylvania, the son of Gloria and Charlie Cooper. He has a sister, Holly.  His mother, Gloria worked for the local NBC affiliate. His father, Charles Cooper worked as a stockbroker, who died in January 2011.

His father was of Irish descent while his mother was of Italian ancestry. He was raised as a Roman Catholic. He had Cholesteatoma in his ear soon after his birth, due to this reason he punctured his eardrum when he started diving at an early age.

Bradley Cooper graduated at the age of 18 in 1993 and attended the famous Germantown Academy in Philadelphia. During his time at the school, Cooper was also involved in plenty of extracurricular activities and in particular he is known for being involved with the newspaper Philadelphia Evening News as a student.

In 1993, Bradley Cooper enrolled at Vilanova University to complete his Bachelors but later on, he switched to Georgetown University where he completed it there with honors in English.

It was during his time at Georgetown University that he started taking acting seriously and became a part of a theater group.

Bradley Cooper decided to have a career in acting after completing his Bachelor degree. In order to have that he got enrolled in the Actors Studio Drama School which was located in New York City. He was awarded his Master of Fine Arts degree in acting in 2000. It was the degree that armed him with a solid grounding in the different facets of acting.

They were in a relationship on 2011 after he broke up with Renée Zellweger . They couldn’t stay together and broke up on 2012. He has been in relationships with Suki Waterhouse. Their relationship started on 2013 which broke up on 2015. He has started to date Russian Model Irina Shayk from April 2015.

His guest appearance on the popular show ‘Sex and the City’ in 1999 was his first appearance. But it did not get him noticed and over the next few year. Before he became a known face, he worked in plenty of other television programs like ‘Globe Trekker’, ‘Jack & Bobby’, ‘Nip/Tuck’ and others. 2001 was his great year.

He got his first break in the movies on this year. Here, he starred in the comedy film ‘Wet Hot American Summer’. This film was regarded as a classic by many personalities. However, After four years he really became a well-known face in Hollywood.

By the release of the movie ‘Wedding Crashers’. In this movie, he portrayed the character Sack Lodge. He started working for the TV show ‘Kitchen Confidential’.

They were based on the life of celebrity chef but they could not continue after a few episodes by FOX. The very next year, Cooper spent a large chunk of his time on theater and featured in lead roles in plays such as ‘Three Days of Rain’ and ‘The Understudy’.

The year of 2009 was a pivotal one in Bradley Cooper’s career as he not only bagged major roles in four different films but also because one of those, ‘The Hangover’, became a smash hit.

The movie collected a whopping $467 million at the box office. Two years later he starred in the wildly successful sequel of The Hangover, named ‘The Hangover Part II’ and also starred in the thriller ‘Limitless’.

2012 was a highly productive year for him. He did his best in the critically acclaimed film “Sliver Linings Playback”, “The Words” and “The Place Beyond the Pines” which is known as a thriller.

A year later he played the role of an FBI agent in the multi starter mega budget film ‘American Hustle’ and it was for that role that he got nominated for the Best Supporting Role award.

In 2014, Cooper starred in two of his most famous films in his career, namely, ‘Guardians of the Galaxy’ and ‘American Sniper’; the latter earning him yet another Academy Award nomination. During this period he was also an active actor in the theater circuit at Broadway.

According to Celebrity Net Worth, Bradley Cooper has net worth which is estimated to be $100 million. In the year 2015, he made nearly half of his net worth. He had earned $41.5 Million that made him the fourth highest paid Actor in the world that year.

On the same year, he was again rumored with Olivia Wilde saying that “Bradley Cooper and Olivia Wilde: the flirt is getting serious”. It seems like Bradley has a habit of flirting with girls around him.

The star stands taller than most of his counterparts at 6 feet and 1 inch tall. Bradley currently weighs 83 kg. He has 40 inches chest, 32 inches waist and is 15 inches biceps.